I got to talk to Jabber Box on Facebook for one second. Her two messages were "Hi Mommy" and "I miss you." Then Handy Man took over. He used Jabber Box's Facebook account to send friend requests to most everyone on my friend list. I was bombarded by texts, private messages and wall posts about it. Then I blocked Jabber Box from contacting me on Facebook, because Handy Man wrote a few things on my wall under her name.

I cannot call her phone because no one will answer. I can text her but I am never sure if the responses are her or Handy Man. I cannot e-mail her because Handy Man won't let her get on the computer most of the time. So Friday I decided to send her notes to Handy Man's mother's house. I don't know if she will allow Jabber Box to read them, but I am going to send notes every day until I run out of stamps. Maybe Jabber Box will see one in the mailbox and actually get to read it. I don't want her to think that it is my choice not to see her. I want her to know that I love and miss her.

June 9th Workout Woman and I met Handy Man's step-mom at a local festival and pigged out on a giant elephant ear. As we were sitting at a table chatting, I spied Lurch with his girlfriend Little Bunny. I was nervous, but I approached him anyhow. Lurch was guarded and did not hug me, but did not tell me to get lost either. Little Bunny brought her baby sister over for me to see. The interaction only lasted a few minutes, and I managed not to break down in sobs.


The next day, Little Bunny friended me on Facebook. I accepted. She posted prom pictures, and I got to see how great Lurch looked in his suit. I promptly stole three of them and had them printed to hang in my apartment. Tuesday evening Lurch and Little Bunny came over to eat pizza and watch a movie. We did not mention anything about the divorce or Handy Man.

Yesterday it was 91 degrees. Lurch, Little Bunny and her two little sisters (age 3 and 6) came to swim in the pool. After they took the kids home, I picked Lurch and Little Bunny up and we went out for Chinese - Lurch's treat. He wanted Little Bunny to see the movie "The Notebook" because he says it is the most romantic movie ever made. He rented it and we went back to my apartment to watch it, in the dark. There were lots of sniffles coming from the couch during that movie, so I don't think Little Bunny was the only one crying. I handed out tissues as soon as the movie was over and we all confirmed that it is "The Most Romantic Movie EVER!" It was a great night. I am so happy that one of my sons is talking to me again. I hope we have many more fun times together.

I did not take a summer job this year, because my hope and prayer was that I would be watching Jabber Box while Handy Man is at work. Consequently, I have many hours to fill with activity. I have gone to a local festival to pig out on an Elephant Ear with cherries, been to a cook-out with a group of teachers, went to a graduation open house, had friends and family over to swim in the pool at my apartment, walked two different river walks, had dinner with my parents three times, gone back to school to do some paperwork, gone out for coffee with some former students, and helped Workout Woman spend money on clothes and flowers for her yard. I enjoyed every bit of it. However, yesterday Workout Woman and I met up with a friend from college and went to the Warren Dunes.

It was fabulous- 96 degrees, breezy and hardly any people on the beach. There is something healing about planting my butt in a beach chair, watching the waves and the people, and yacking with two trusted friends. All three of us are going through life changes and we listened intently to each others' stories. We did not solve our problems, nor did we try to. We listened, and talked, and laughed. I teared up a few times behind my sunglasses. We ate fruit, pretzels, chocolate, and cheese and talked about our work and our students. We lamented over our grey hair and stretch marks. We burned our feet on hot sand and froze our legs when we waded into the water to cool off. We puffed and panted as we dragged and carried our cooler to and from the car, and knew that if it was a challenge on "The Biggest Loser" we would finish, but not win. :-)


I am so glad that God made beaches and blessed me with good friends. Next week, we are going to a different beach and doing it all over again!


Yesterday evening my phone rang and the Caller ID said it was Handy Man. For some strange reason I answered. It was really Jabber Box. We talked for 26 minutes. I think Handy Man probably had her call so he could find out what I have been up to, but I did not care. Jabber Box and I talked about summer activities, visiting Bio-mom, favorite music and the book she is reading. Handy Man was listening to every word she said, so we kept it light. The only serious thing she did mention is that she does not want to change school, which is what Handy Man insists on.


Instead of feeling down because she is not reading her book on the couch in my living room, and singing songs in the car with me, I choose to be happy that I got to hear her voice again. It gives me hope that I will get to talk to her again sometime.


Thanks to Facebook I have connected with grade school friends, high school friends, a college boyfriend, and stayed in touch with people from the church I used to go to. Yesterday I discovered that one of my closest friends (who I work with) was a sorority sister with my best friend from the 6th grade. It is a small world. Today I got together with an old friend I met during high school, through my cousin. We did our best to catch up on 30 years of history in three hours. Some things you just don't publish on Facebook. It was a blast. I am sure we will get together again soon. 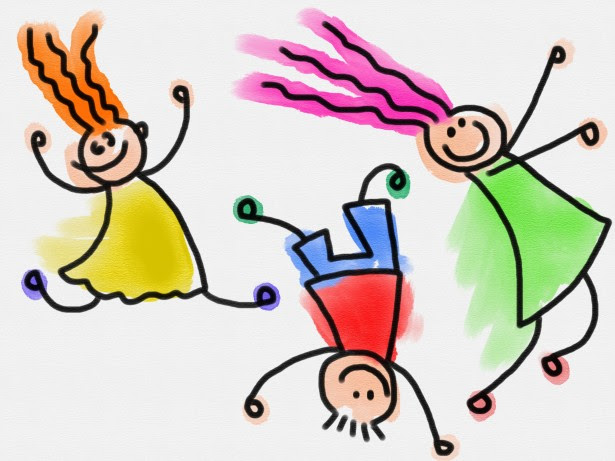 Posted by crazeeteacherlady at 6:59 AM No comments: